To enable a transformative change in heating/cooling technologies by using magnetocaloric materials, it has become clear that the refrigerant material must exhibit large values of the isothermal entropy change and and the adiabatic temperature change at magnetic fields smaller than 2 T. Because of these requirements, our focus is now to work with Fe2P-type intermetallic compounds exhibiting a magnetostructural transition and a giant magnetocaloric effect. Currently, (Mn,Fe)2(P,Si) alloys are among the most promising materials that can be industrialized in solid state cooling devices due to its large magnetic cooling effect near room temperature. However, the materials suffer from a comparably large thermal hysteresis as well as a narrow temperature span for the magnetocaloric effect.  Some efforts have been made to resolve these two issues by varying the Mn/Fe and P/Si ratios, the heat treatment conditions, as well as by the addition of small atoms, such as boron and carbon. It is believed that the total disorder in the system, i.e. the coupled effect of structural and magnetic disorder is behind the giant value of the isothermal entropy change, a key parameter for magnetic refrigeration. We are presently looking into (Mn,V,Cr)0.5Fe0.5NiSi0.95Al0.05 compounds, where V substitution can be used to tune the magnetostructural transition to be close to room temperature. Some results from temperature dependent XRPD and magnetometry are shown in the figure below. 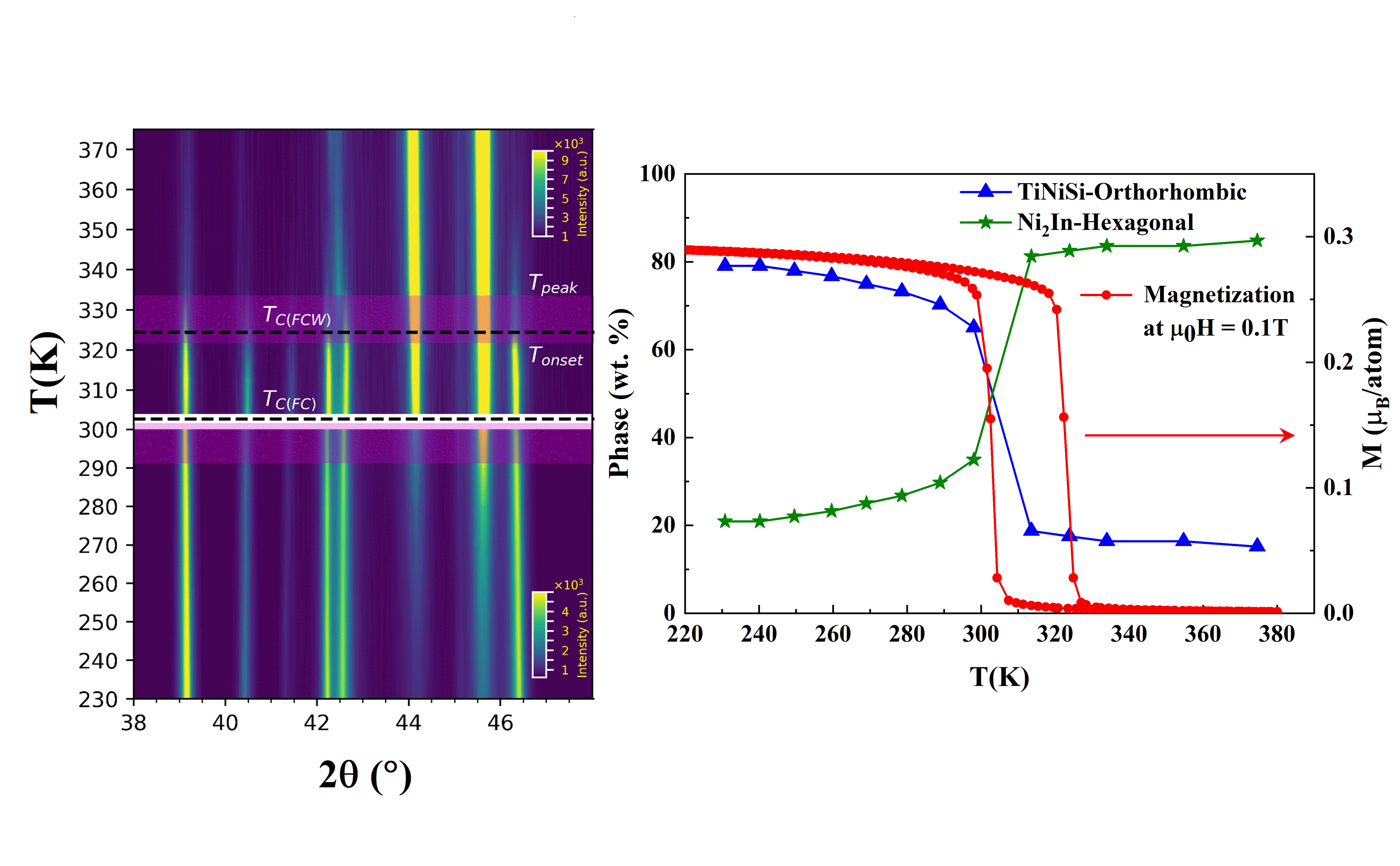